It’s a place you feel lucky to have experienced. So exotic. So dramatic. Hidden deep in the Himalaya. Restricted by the government. It has a magical essence that’s indescribable. It practically rubs off on you. Makes you want to cancel cable. From the deep-rooted Buddhist traditions to its remote location. Temples that cling to the cliffs. People who live unimaginably hard but full lives. A country trying to join the 21st century while retaining its ancient ways. You’ve discovered something that seemed like it couldn’t still exist. But it does. Bhutan is there. See it for yourself, if you’re lucky. An ancient landscape where life’s daily rituals remain sacred Hike to secluded temples and monasteries, including the famed Tiger’s Nest Our Bhutanese guides and friends open doors normally closed to foreigner travelers Ascend herders’ trails to find valley views and colorful prayer flags Exchange ideas with Buddhist monks and receive a blessing 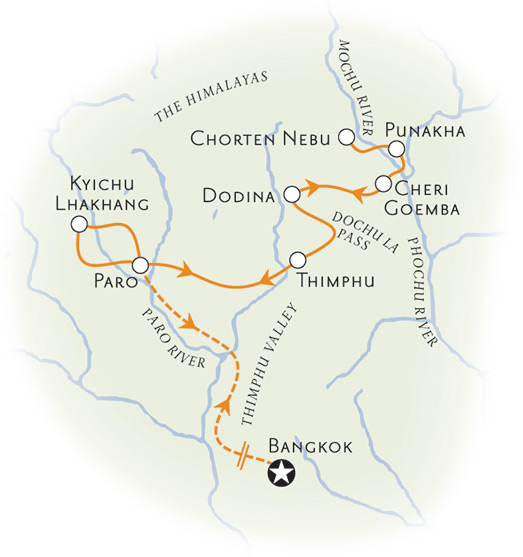