A host of maiden ports await you as Windstar cruises the Black Sea for the first time. Istanbul, the storied Constantinople, is the only city in the world that spans two continents. Explore its Turkish delights from the Grand Bazaar to the elegant Blue Mosque before moving on to the rest of the sea that divides Europe and Asia. Medieval towns are everywhere, surrounded by stoic city walls that once kept invaders at bay. Discover Roman, Byzantine, and Ottoman wonders that tell the tale of conquerors and the conquered. Here, too, are the fingerprints of Russia, from classic Greek Orthodox cathedrals to Odessa,™s Russian Imperialist atmosphere to Sevastopol,™s underground Soviet submarine base. Write your own Romanian Rhapsody as you explore Constanta,™s historic Old Town. Relax on Ukrainian beaches. And find yourself back at the beginning in Istanbul with more stories than you can count and a deliciously broader sense of the world. 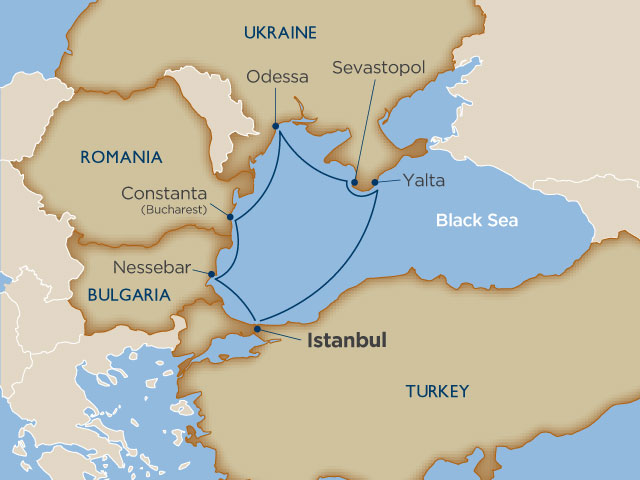