Home to nearly half a million people, Honolulu is Hawaii’s state capital and only major city. The city of Honolulu and the island of Oahu offer a wealth of historic, cultural and scenic attractions. Waikiki Beach and Diamond Head are two of the city’s enduring symbols. Pearl Harbor, site of the USS Arizona Memorial and the “Punchbowl,” are haunting reminders of the tragic events of December 7, 1941, when the Japanese surprise attack on Pearl Harbor forced America into World War II. Honolulu is also home to the historic Iolani Palace, the official residence of Hawaii’s last royals. Beyond the city lie tropical rain forests, the Pali Lookout and the North Shore known for its surfing beaches.

A draw card to visitors of all ages, from all corners of the globe, Honolulu’s appeal ranges from it’s magnificent beaches, countless well-stocked shops, tempting restaurants and a multitude of historic, cultural and scenic attractions. 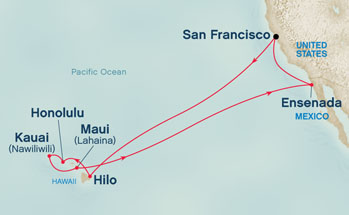