Warmed by the Gulf Stream as well as by highly active thermal hot springs and volcanoes, Iceland is somewhat misnamed. While it is a stark and barren country with three huge areas of glaciers, one theory is that early Norsemen sought to mislead other potential settlers by giving a pleasant name to fierce, inhospitable Greenland, and a forbidding name to the imminently habitable Iceland. Irish monks and hermits established themselves here in the 8th century, but left a century later when the pagan Norsemen arrived. Europe’s first Parliament of General Assembly, the Althing, was established in the year 930 and still functions as the legislative body, although it was suspended by the Danes at the end of the 18th century and not reconvened until 1843. Reykjavik was the site picked by the island’s first permanent resident, Ingolfur Arnarson in 874, and is home to more than half of the island’s total population. The world’s northernmost capital, Reykjavik is proud of its virtual lack of air pollution. Both electrical power and home heating are derived from the geothermal activity on the island. The city’s large swimming pools are always warm, and in the countryside exotic fruits such as grapes and bananas are cultivated in greenhouses made cozy with the help of underground hot springs. 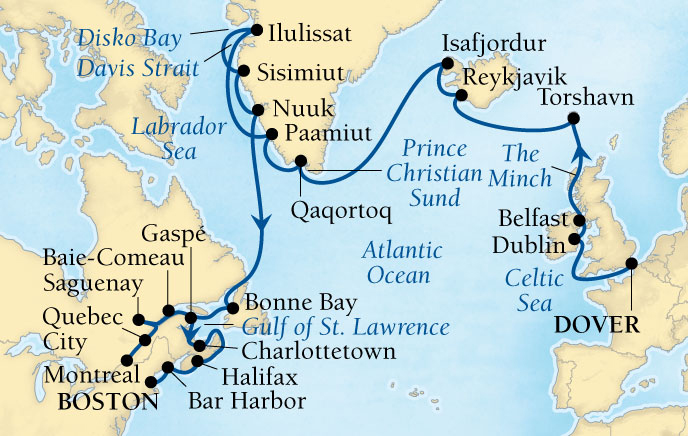