As Britain’s historic gateway to Europe, Dover and its famous white chalk cliffs have been the last glimpse of England seen by many a sea traveler over the centuries. When the Romans arrived, they erected a lighthouse to mark the coastline. One of the mightiest medieval castles built in Europe still stands atop those cliffs. Utilized by the British High Command to direct the evacuation from Dunkirk in 1940, the tunnels remained a military secret until recently. Dover is a convenient starting point for touring England’s scenic southeastern region. 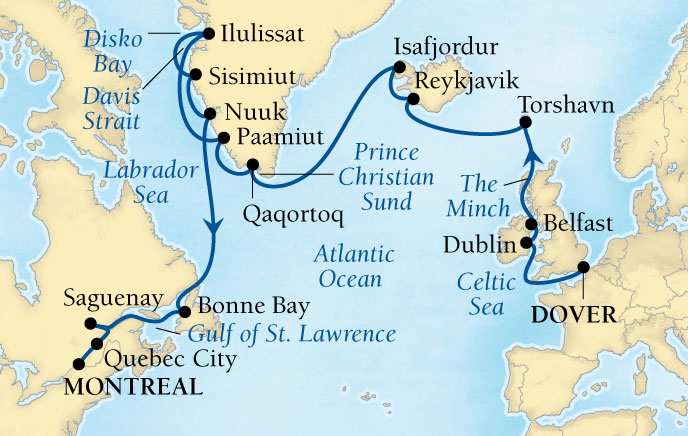 Route Of The Vikings Cruise