A leading global city, New York exerts a powerful influence over worldwide commerce, finance, culture and fashion, and entertainment. The city consists of five boroughs and an intricate patchwork of neighborhoods. Some of these include Lower Manhattan and the New York Stock Exchange, Battery Park and South Street Seaport, Chinatown, trendy SoHo and Greenwich Village, along with Little Italy, the flat Iron District and Gramercy Park.

Famous Central Park covers 843 acres of paths, ponds, lakes and green space within the asphalt jungle. Many districts and landmarks have become well-known to outsiders. Nearly 170 languages are spoken in the city and over 35% of its population was born outside the United States. 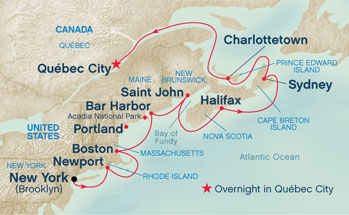