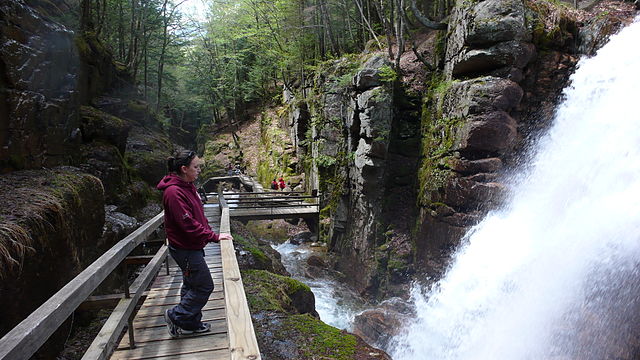 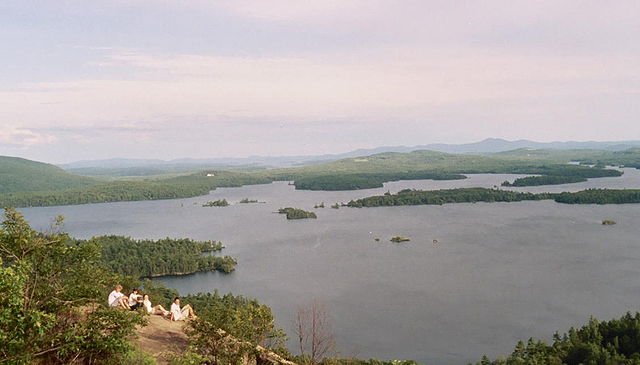 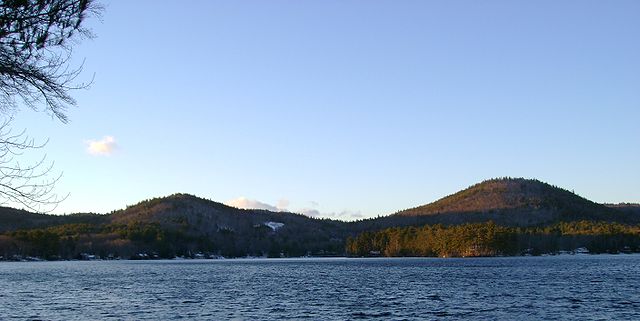 The White Mountains are a mountain range that covers about a quarter of the state of New Hampshire and a small portion of western Maine in the United States. Part of the Appalachian Mountains, they are considered the most rugged mountains in New England. The range is heavily visited due to its proximity to Boston and New York City.

Most of the area is public land, including the White Mountain National Forest as well as a number of state parks. Its most famous peak is Mount Washington, which at 6,288 feet is the highest mountain in the Northeastern U.S. and home to the fastest winds (231 mph or 372 km/h, over 100 m/s, in 1934) measured on the surface of the earth. Mount Washington is one of a line of summits called the Presidential Range, many of which are named after U.S. presidents and other prominent Americans.

Tourists take in the Flume Gorge, part of Franconia Notch State Park in the White Mountains.The White Mountains included the Old Man of the Mountain, a rock formation on Cannon Mountain that resembled the craggy profile of a man until it fell in May 2003. It remains the state symbol of New Hampshire. The range also includes a natural feature dubbed “The Basin.” The Basin area consists of a granite bowl, twenty feet in diameter, fed by a waterfall, worn smooth by the Pemigewasset River. The areas around “The Basin” are also popular spots for swimming in the ice cold mountain fed water.

The range is known for the system of alpine huts for hikers, operated by the Appalachian Mountain Club. The Appalachian Trail crosses the area from southwest to northeast.

We are just getting back in swing today! Everything about this trip was great!.. Most importantly the way you made us feel. Your customer service is second to none. Every connection; Every detail was perfect..... Read More

Experienced travelers only bring one suitecase and one carryon. More than that and you’ll pay more and stress more. Compression bags work nicely. Make sure your carry-on fits in the overheads