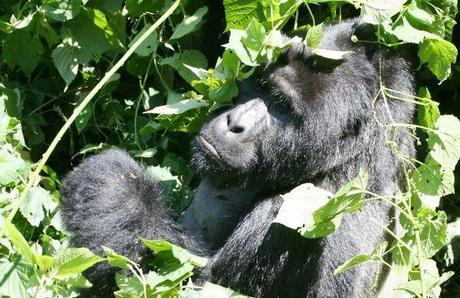 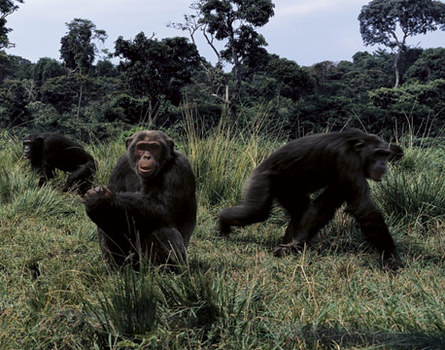 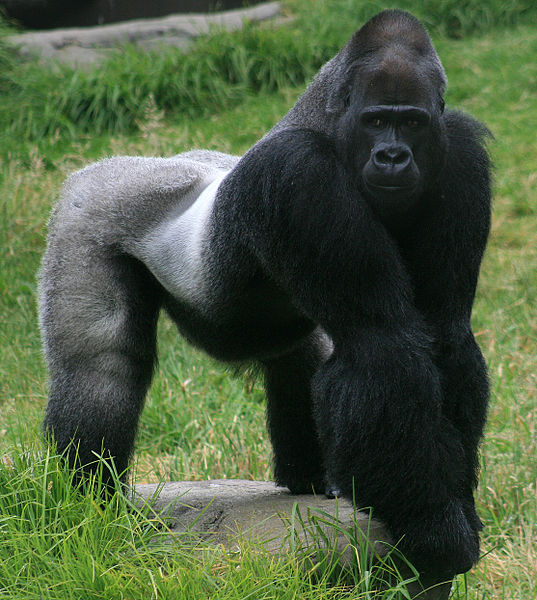 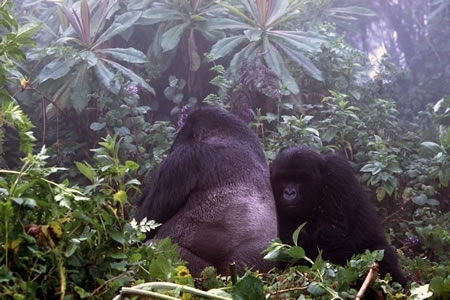 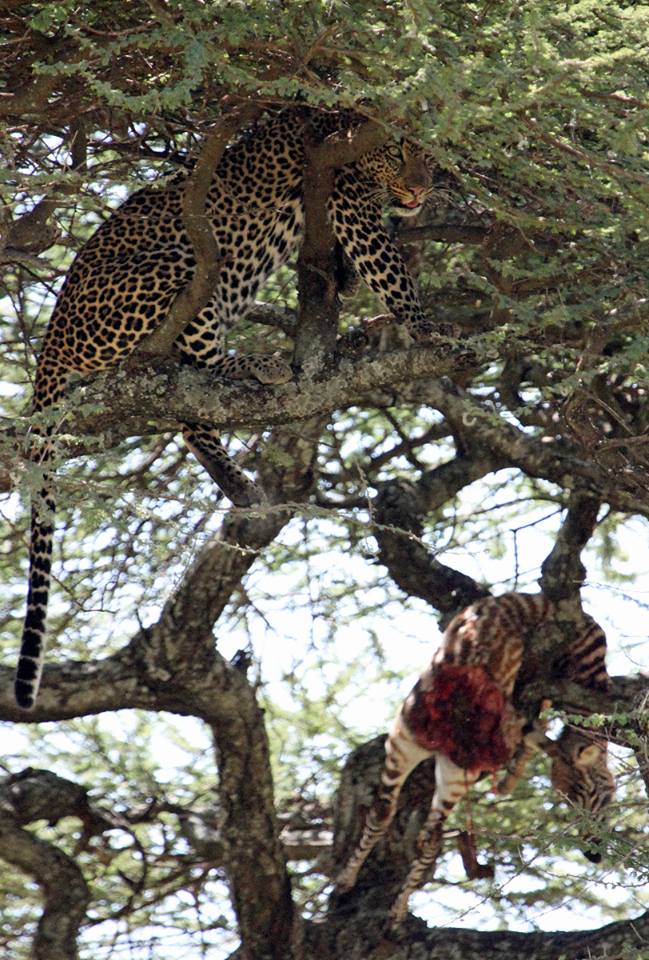 Uganda is an extraordinary, breathtaking equatorial vacation destination. The beauty of Uganda once prompted Winston Churchill to proclaim it the “Pearl of Africa,” and many travelers would agree with his assessment. A fertile oasis amid the arid highlands of East Africa, Uganda’s national parks include lush rainforest, open savannah, and stunning mountain landscapes.

Uganda,™s star attraction is the endangered mountain gorilla, the bulkiest of living primates, and among the most peaceable. Staring into the pensive brown eyes of these gentle giants, who share 95% of their genes with humans, is as humbling as it is thrilling; no less so when one realises that fewer than 700 individuals survive, divided between Bwindi National Park and the Virunga Mountains.

Within Uganda, five habituated gorilla troops ,“ four in Bwindi and one in Mgahinga National Park- can be visited by a total of 30 tourists daily. While many travelers venture to Uganda for the sublime experience of viewing mountain gorillas in the wild.

The country also has many other attractions for wildlife lovers — the tree-climbing lions of Queen Elizabeth National Park, the rainforests of Kibale National Park, and boat rides along Lake Albert, to name a few.

Uganda’s cultural heritage also features prominently in our programs, with visits to local weaving co-operatives, traditional healers, and rural settlements in many itineraries.

Sprawling across both sides of the equator, a network of 10 national parks and several other protected areas offers wildlife enthusiasts a thrilling opportunity to experience Uganda,™s biodiversity: not only the mesmerizing tracts of thorn-bush savannah teeming with antelope, buffalo and elephant one tends to associate with equatorial East Africa, but also lush expanses of tropical rainforest, shimmering lakes and rivers heaving with aquatic life, and the glacial peaks of Africa,™s tallest mountain range.

Murchison Falls National Park is the country,™s largest protected area is Murchison Falls National Park, whose palm-studded grassland supports dense populations of lion, buffalo, elephant and Uganda kob, together with the localized Rothschild,™s giraffe and patas monkey. Immense concentrations of hippos and birds can be observed from morning and afternoon launch trips along the Nile below the spectacular waterfall for which the park is named. Rwenzori Mountains National Park protects the eastern slopes and glacial peaks of the 120km-long Rwenzori Mountains or ,˜Mountains of the Moon,™, a world-class hiking and mountaineering destination whose significance as a source of the Nile was first alluded to by the geographer Ptolemy circa 150 AD.

Rising from the Rift Valley floor to a wintry elevation of 5,109m, the Rwenzori supports large tracts of evergreen and bamboo forest, while the higher moorland zone is known for its other-worldly cover of giant heathers, lobelias and groundsels. Queen Elizabeth National Park is set majestically in the shadow of the Rwenzori, flanking Lakes Edward and George, the lush savannah of Queen Elizabeth National Park offers prime grazing to buffalo, elephant and various antelope. A checklist of 600-plus bird species testifies to the extraordinary ecological diversity of this park. Mammalian specialties include the (elsewhere elusive) giant forest hog, and the legendary tree-climbing lions of the Ishasha Sector.

Bwindi Impenetrable National Park is best known for its superb gorilla tracking, but it also provides refuge to elephant, chimpanzee, monkeys and various small antelope, as well as 23 bird species restricted to the Albertine Rift. Mountain gorillas also form the main attraction at Mgahinga National Park, which protects the Ugandan portion of the Virungas, an imposing string of nine freestanding extinct and active volcanoes that runs along the border with Rwanda and the Congo.

The lower-lying and more remote Semliki National Park, a Ugandan extension of the Congo,™s Ituri Rainforest set at the base of the northern Rwenzori, is of special interest to ornithologists for some 40 Congolese bird species recorded nowhere else in the country.

Nearby, the spectacular Semliki Wildlife Reserve, which abuts Lake Albert, is one of the best localities for sightings of the enigmatic, swamp-dwelling shoebill. Kibale National Park is a primatologist,™s dream. It hosts a population of more than 1,000 chimpanzees, of which one 80-strong community has been habituated to tourist visits, as well as half-a-dozen readily observed monkey species, including the acrobatic red colobus and black-and-white colobus, and the handsome L,™Hoest,™s monkey.

Lake Mburo National Park is the closest savannah reserve to Kampala, Lake Mburo National Park is centered on a series of swamp-fringed lakes known for their rich birdlife, notably the secretive African finfoot. The green acacia woodland surrounding the lake harbors dense populations of zebra, warthog, buffalo, impala and various other grazers, including the last surviving Ugandan population of eland, the largest of African antelope. Mount Elgon National Park set on the Kenya border near Mbale, Mount Elgon National Park encompasses the 4,321 meter mountain for which it is named, which has the largest base of any extinct volcano in the world. A lush mosaic of Afro-montane forest, grassland and moorland habitats makes this park a highly rewarding destination for hikers and other natural history enthusiasts.

Kidepo Valley National Park in the far northeast is veryÂ remote, with wild and little-visitedÂ provides refuge to a long list of dry-country species not found elsewhere in the country, including cheetah and greater kudu, while its perennial waters attract large numbers of elephant and thousand-strong buffalo herds, especially during the dry season.

Overwhelmed by all the choices? Don’t worry, let us orchestrate your dream vacation. Our Virtuoso, Uganda travel specialists are experts in every intimate detail regarding your vacation request—just click on our “Vacation Planner” at the top or bottom of this page and we will be happy to assist you . Or call us: 1 415 827 4981

Linda; The entire trip was fantastic and we have many great stories and 1,000’s of photos. We wouldn’t even discourage people from visiting the country in August — I am NOT a hot weather type.... Read More