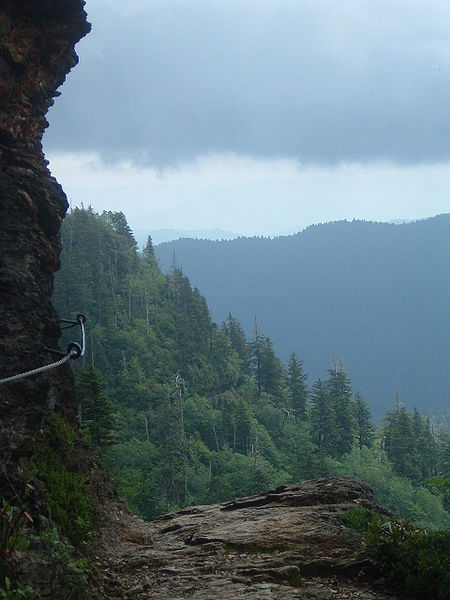 Great Smoky Mountains National Park is a United States National Park that straddles the ridgeline of the Great Smoky Mountains, part of the Blue Ridge Mountains, which are a division of the larger Appalachian Mountain chain. The border between Tennessee and North Carolina runs northeast to southwest through the centerline of the park. It is the most visited national park in the United States. On its route from Maine to Georgia, the Appalachian Trail also passes through the center of the park. The park was chartered by the United States Congress in 1934 and officially dedicated by President Franklin Delano Roosevelt in 1940. It encompasses 814 square miles, making it one of the largest protected areas in the eastern United States.

Here’s a great place to view amazing videos and photos of the Smokey Mountains.

Dear Joan, We had a great time on the cruise – I would have to say that the highlight was the helicopter ride and landing on the glacier – unbelievable! We had the best weather.... Read More